Remember to pick up your winter supply of chiles while visiting. 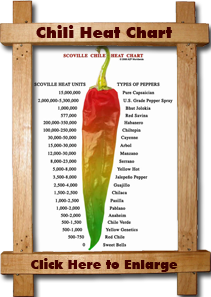 Nothing like a good bowl of Chili / Chile! If your eating the best bowl of chile your taste buds have ever experienced it’s most likely made with the world famous Hatch Green Chile / Chili or the Pueblo Colorado Mosco, originating from the Mirasol Chile. 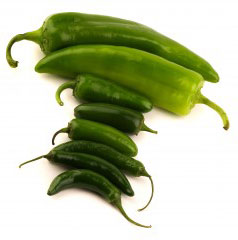 Green Chile / Chili flavor is brought to life when roasted on a open fire and roasted correctly.(preferably a commercial roaster)
Hatch Chile | Hatch Chili come in many heat levels.

A big misconception with the public when they here the word Chile / Chili is the assumption they are all HOT. Green Chile / Chile peppers, Hatch grown comes with heat varieties from mild, medium, hot, extra hot, Flavors for all.
Hatch chile peppers (Hatch, NM)

Located right in the middle of the Rio Grande agricultural territory, Hatch, New Mexico, declared itself to be the Chile Capital of the World. “Hatch chilies” refer to the five or six main cultivated varieties of New Mexico chiles. The most common is the NuMex 6-4 Heritge. It comes from a long line developed by New Mexico State University. Others are Barker, Big Jim, and R-Naky. They have similar growth and flavor profiles. New Mexican chiles have a short 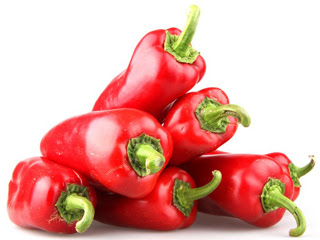 growing period. They’re planted in April and harvested in August and September.

Hatch is the city where chile comes from, not the name of the chile/ chili.
Pueblo Chile | Chili Mosco Peppers | Chili Peppers (Colorado)

Mosco originated from the Mirasol Chile/Chili. Green Chile / Chili Peppers, Mosco Chile / Chili has a great flavor and heat consist of a medium to hot Chile.

‘Mosco’ , a roasting-type chile pepper (Capsicum annuum L.) was developed by the Colorado Agricultural Experiment Station and released to seed producers in April 2005. Mosco was released based on its superior horticultural traits compared to existing land races of the Mira Sol pepper (a.k.a ‘New Mexico Chile Improved’ and Pueblo Chile). It is adapted to irrigated production in the Arkansas River Valley of Colorado and other pepper producing regions.

Mosco Chili originated from a land race of, what is referred to in Southern Colorado as, the Mira Sol chile pepper. Mira Sol is Spanish for “looking at the sun” and describes the major distinguishing characteristic of this pepper, an upright growth habit for the fruit. The grower of the original land race stock was Mr. Harry Mosco (dec.) who farmed east of Pueblo, Colorado in an area known as the St. Charles Mesa. Mosco was derived from a single plant selection made in 1994. Seed from that original plant was subsequently sown in 1995. In 1995, a single plant was then selected out of that population. The single plant selection process was repeated for three more years/generations (1996-1998). In 1999-2004, the seed from selected uniform plants was bulked for testing at Colorado State University’s Arkansas Valley Research (AVRC) in Rocky Ford, Colorado.
What Should I Look For In the Mosco Chili Pepper?

Mosco has thick fruit walls and high yield potential. Mosco is more pungent than a typical Anaheim-type pepper, having an estimated pungency of 5,000-6,000 Scoville units. Fruit are 12-16 cm in length, 2-3 cm at the shoulder and tapered to a point at the end. Fruit grow in an upright position but may bend downward as the pods reach full maturity and weight. Growth habit is lower and more branching than the typical Anaheim and Mira Sol pepper. Mosco, is superior to the existing land races of the Mira Sol chile pepper in total yield, fruit size and fruit uniformity. Fruit wall thickness is also greater in this line, resulting in better roasting characteristics. Pungency is equal to or slightly greater than existing lines of the Mira Sol. Fruit are slightly harder to detach from the plant in Mosco than the typical Mira Sol pepper. As a result, harvest is somewhat more difficult.

Mosco was tested for four years at the AVRC. Total marketable yields of Mosco were significantly higher than a commercially available source of New Mexico Chile Improved.

The Mosco Chili Pepper was testedby the AVRC
The Colorado Agricultural Experiment Station will maintain breeder seed of Mosco. Commercial quantities of seed may be obtained from Burrell Seeds of Rocky Ford, Colorado.

Roastedchili.com of Denver, Colorado. Carries a large selection of Mosco green chili and Mosco red chili at all locations.

Later in the season you can experience a full red Mosco Chile / Chlii pepper that has a sweat hot flavor. Making it my personal favorite Chile / Chile.
How To Make the best bowl of hatch chile

To ensure your Chile / Chili is always the best, be sure to visit a local Chile / Chili stand if your lucky enough to have stands set up on corners in your city.

In need of a great chile recipe please feel free to visit Greenchilerecipe.com (coming soon)This site will help you find your favorite recipe of Chile / Chili and many other variations of recipes that you and your family can enjoy for years to come.
Variety of chili’s and different levels of heat.